Deal Parochial hosted the first DEALT Mini-Tennis Tournament on Wednesday 13th October as an LTA Team Challenge ‘Back the Brits’ event. It was wonderful to be able to proceed with this tournament since it was originally scheduled for the summer term but had to be postponed due to COVID.

Back in July, we had tasked the children to research an allocated British Tennis Player from Andy Lapthorne, Johanna Konta, Joe Salisbury, Gordon Reid and Andy Murray.  We received the staggering number of 17 pieces of research from the children on tournament day.  The content and presentation of the entries were of an extremely high standard, making judging very difficult!

We were blessed with summer-like weather on the tournament afternoon, as 30 children from Sholden, Kingsdown and Deal Parochial enjoyed taking part in this fun festival of team tennis.

There was a hubbub of excitement as mixed doubles matches between 2 Sholden teams, one Kingsdown team and two teams from Deal Parochial, rotated on and off the courts, like clockwork. 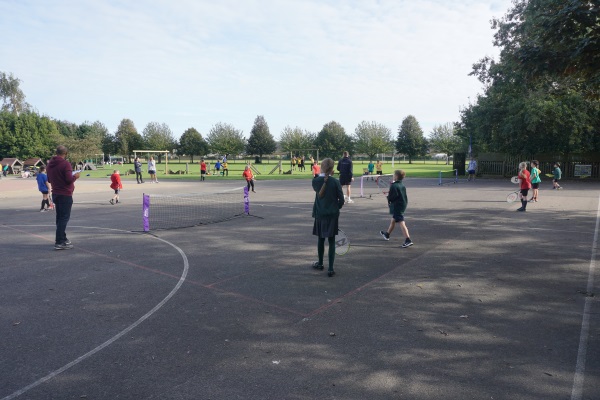 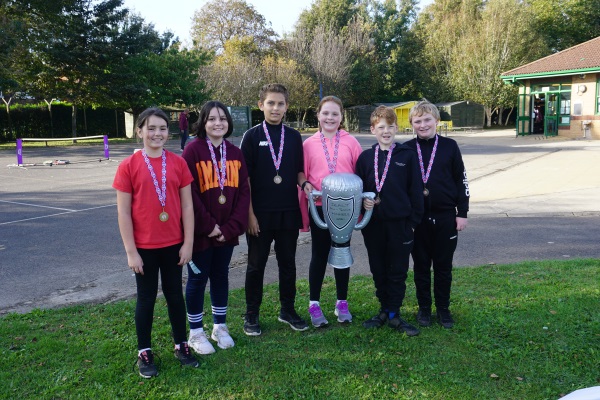 Lots of good shots and fine rallies were played, and it was great to see children’s tennis confidence improve as the afternoon went on.

The conclusion of the tournament proved very tight with the Year 6 team from Deal Parochial winning, narrowly edging out the Deal Parochial’s Year 5 team and the Kingsdown team.

The results from the British tennis player research were announced, with the 5 winners (one from each team) each receiving a tube of tennis balls.

Well done to all the children who took part, and thank you to all the staff who organised / brought the children to the tournament.  Also, many thanks to Liam’s Dad who helped us with the umpiring.